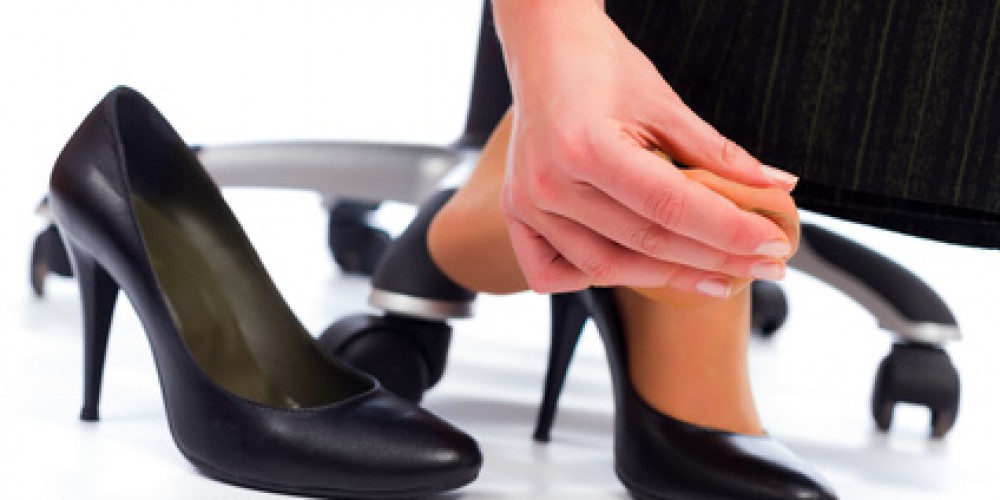 Is It Legal To Force Women To Wear High Heels?

Dress codes are often used in the workplace and there are many reasons why an employer may have one, for example workers may be asked to wear a uniform to communicate a corporate image and ensure that customers can easily identify them. Often an employer will introduce a dress code for health and safety reasons, for example the insistence that safety footwear must be worn in a factory environment, health care workers may not be allowed to wear jewellery when around patients and loose clothing may not be allowed while operating machinery.

Fairly recently a 27-year old woman claimed that she turned up for work wearing flat shoes on her first day as a corporate receptionist for a City accountancy firm, only to be told that she had two choices – be sent home without pay, or go and buy a pair of heels between two and four inches high.

Perhaps the most shocking thing about these events isn’t that they happened (because let’s face it, sexism is often still a very real issue in workplaces), but that the business in question wasn’t actually breaking the law.

Employers in the UK are within their rights to dismiss a member of staff if they fail to adhere to ‘reasonable’ dress code standards and different codes of dress for men and women are still permitted. Though the legislation doesn’t explicitly address high heels and is open to interpretation, it’s not possible to say that the accountancy firm was flouting their legal responsibilities.

But let’s forget about the law for a second and apply a little bit of common sense. High heels can be uncomfortable, even painful and have zero impact on anyone’s ability to do their job. If you’re asking your female staff to turn up to work wearing anything other than a formal shoe, or if necessary, safety footwear, then now’s the time to seriously rethink your practices.

Drop the outdated requirements and bring your business into the 21st century. Not because they might soon become illegal, but because it’s the right thing to do.

If you’re concerned about the impact that old people policies and practices could have on your business, now’s the time to take action. We can review your full HR agenda, identify any potential issues and make sure that you’re firmly on the right track. Get in touch today for a no-obligation chat.