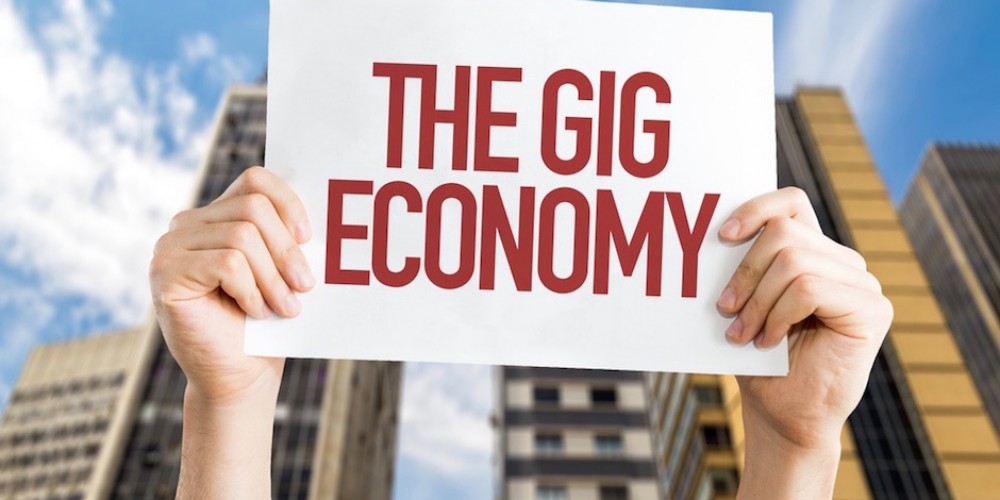 The Gig Economy… An opportunity for your business, or something to avoid?

These past few weeks, you might have noticed that the gig economy is something that’s being discussed more and more in the media. Essentially, it’s all about a labour market that’s characterised by lots of freelance work and short-term contracts, rather than permanent roles.
Some might say that it’s a win-win for employers and workers alike… People get to enjoy the flexibility of having less constraints placed on their time, they’re free to decide the finer details of how the work is carried out, and they also have an element of ‘pick and choose’ when it comes to finding projects that they want to work on.

And of course, the benefits for employers are obvious, too. But are some businesses taking the market conditions a bit too far and using them to exploit their workers?

It’s an issue that’s still something of a grey area in legal terms, though there’s been an attempt recently to shed more light on the subject, in a case brought to the Court of Appeals.

In February, Pimlico Plumbers, a London-based company, lost its appeal against a previous ruling that decided that a long-term worker was in fact an employee rather than a contractor, and should therefore enjoy rights such as basic holiday pay.

Uber and Deliveroo have also come under scrutiny, and it’s safe to assume that the discussions won’t end here. As we move into an economy with more flexibility and the traditional role of employment changes, business across the UK will no doubt be planning their next moves.

Of course, most employers simply want to do their best by their workforce, and they aren’t actively looking for loopholes to exploit. Rulings in recent tribunals though have suggested that legislation will be stamping down on unscrupulous employers who aren’t stepping up to their responsibilities.

Perhaps you regularly rely on contractors to run your business, and you enjoy the flexibility that it gives you. If this is the case, then just hoping for the best and acting with good intentions probably isn’t going to cut it. Right now, you need to get some tailored advice on your rights and responsibilities moving forward.

To have an informal discussion with a seasoned HR professional about where you and your workers stand, get in touch. Some good advice now could help you to avoid costly tribunal procedures further down the line.